With Joss Whedon’s forthcoming series for HBO currently filming in Wimbledon, UK, casting news is now coming in thick and fast: Here are the lastest additions:

Olivia Williams (Dollhouse, Terriers, Miss Austin Regrets) – Lavinia Bidlow – A wealthy spinster and champion of the “Touched”. Lavinia funds the Orphanage (where Amalia and many of the Touched live) through her vast family fortune. She is stern and old-fashioned, but as strong willed and clever as anyone she confronts.

James Norton (Grantchester, Black Mirror, Happy Valley) – Hugo Swan – a pansexual posh boy whose charm has about five years left on its lease. He runs a secret club and a side trade in blackmail. He’s devoted to fulfilling everyone’s worst impression of him – and fascinated by the Touched.

Tom Riley (Dark Heart, Da Vinci’s Demons, Doctor Who) – August “Augie” Bidlow – a sweet, disarmin nerd and Lavinia’s younger brother. A keen ornithologist, Augie is happy to let his older sister take the reins of the family fortune. He finds the Touched unnerving, but is drawn to them by his increasing infatuation with Miss Adair, and by the schemes of his nefarious best friend, Hugo.

Ann Skelly (Death and Nightingales, Vikings) – Penance Adair – Amalia’s (Laura Donnelly) dearest friend, and and one of the first women to join her cause. A devout – yet heretically progressive – Irish girl, Penance has genius for invention. She is delighted by her power, and her default is love and acceptance. But she’s firm in her moral sense, and will be guided by what’s right over what’s expedient every time.

Pip Torrens (The Crown, Preacher, Miss Austin Regrets) – Lord Massen – Staunch, unflappable, and merciless in his defence of the British Empire, this former General, now Peer, may be the only man who sees clearly what havoc these few strange people can wreak upon the established order. Which he will protect, one or another.

Zachary Momoh (Seven Seconds) – Doctor Horatio Cousens – One of the few successful West Indian physicians in London. Married with a young son, Horatio’s fortunes tool a dark turn when he met Amalia and discovered his own ability. Now he works with her, and with the Beggar King, those who don’t care who is or isn’t “different.”

Amy Manson (Torchwood, Once Upon A Time) – Maladie – Committed by her husband (and genuinely unstable), she’s been warped by a power she can’t understand, and tortured by doctors intent on finding its source. She now lives underground, runs a gang and is on an infamous murder spree. She affects a theatrical parody of a bedlam waif, but mad as she is, she’s a woman with a purpose.

Nick Frost (Hot Fuzz, Spaced, Shaun of the Dead) –Declan Orrun, aka The Beggar King. Charismatic and brutal, Declan runs – or has a piece of – most of the low-level criminal activity in the city. He’s perfectly happy to help Amalia and her cause – and equally happy to sell them out. He backs winners, and the Touched are long odds.

Rochelle Neil (Death in Paradise) – Annie Carbey, aka Bonfire, Annie is a career criminal who landed the ability to control fire and is happy to hire it out. Came up rough, stayed that way, but she’s neither impulsive nor cruel – just looking out for herself. No matter who she works with or for, Annie trusts only Annie, and the fire.

Eleanor Tomlinson (Poldark) – Mary Brighton – Gentle but surprisingly resilient, Mary pursued her dream of singing on stage. A disappointing career and a broken engagement haven’t diminished her spirit. She’s going to be great. She’s going to be very surprised how.

Denis O’Hare (This is Us, True Blood, American Horror Story) – Dr. Edmund Hague – A gifted American surgeon, he uses his skills in the coldest, most brutal way possible. But it’s all in the name of progress 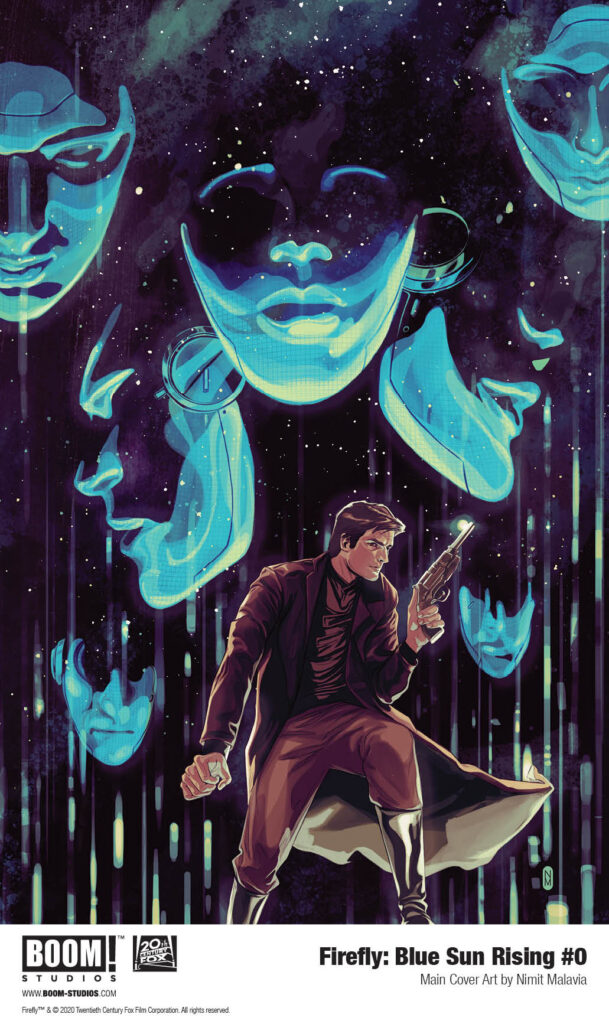